Québec City, October 16, 2018 – A major tree and shrub planting operation was launched today to green up the Port of Québec. Employees of the Port and Beauport Bay planted nearly 150 trees near the bay. The ultimate goal is to cover around 4.4 hectares with more that 1,000 trees and shrubs by 2022.

As part of its sustainable development action plan for 2017–2022, the Port of Québec has launched a green habitat port network project consisting of strategically placed plant islands around the port area to create green interfaces between the port and the community. These islands will be in addition to the existing ecological corridors at the port and will help protect and develop biodiversity on the site.

“This first phase of the green habitat port network project is a testament to the progress that the Port of Québec has made in sustainable development in recent years,” said Mario Girard, Québec Port Authority CEO. “These plantings are just the first in a long series of measures in line with the main sustainable development principles that are part of the Port’s culture. We’re very proud to see our employees and the Port’s users get involved in this way. With everyone contributing, we’ll make steady progress toward a truly sustainable, innovative Port of Québec.”

By 2022, the entire Beauport Bay sector will be home to a number of indigenous species. It is the first sector targeted by the Port of Québec’s environment team because it’s a high-traffic area and very popular with the community. The Port intends to continue expanding the green habitat port network project throughout the Port area, in part to better integrate industrial operations into the surrounding urban fabric. A number of Port users support its sustainable development goals and have committed to taking action on their own. Some have already have started planting on land set aside for port and maritime operations in order to create an additional buffer between port facilities and the community.

The new sustainable development action plan will unfold over a five-year period (2017–2022) and has three main themes: The People’s Port, An Urban Port, A Business Port. Under these three themes, seven objectives have been set, involving 27 specific actions. The 2017–2022 sustainable development action plan is available on the QPA website (French only): https://bit.ly/2yx3lhf

Various types of expertise were needed to develop and plan this first stage of the green habitat port network project. The Port has drawn on the support and collaboration of Fonds d’action Saint-Laurent (FASL) to carry out the initial stages of the green habitat port network project’s deployment. Some of the work that will be done this year will be co-funded by the Port and FASL’s St. Lawrence maritime biodiversity program, which in turn is funded by the Québec government. Various bodies and organizations have contributed their expertise to and gotten involved in the project. The Québec Port Authority is proud to be backed by partners and experts such as Association forestière des deux rives (AF2R), GESTEV (which manages Beauport Bay), and the “area of prime concern” committees (ZIP committees) of Québec City and Chaudière-Appalaches. Together and thanks to their respective expertise, they will help harmonize the many plantings scheduled for the next five years at the Beauport Bay and other areas of the Port of Québec.

About Association forestière des deux rives
Association forestière des deux rives (AF2R) is a nonprofit organization founded in 1958. Its mission is to educate the public in the Capitale-Nationale region and part of the Chaudière-Appalaches region about the importance of trees and forests through education, awareness-raising, and promotion. It organizes and promotes tree and forest education and awareness activities and helps promote and conserve forests and woods in cooperation with various public and private players. It also encourages and carries out tree planting initiatives with communities. www.af2r.org

Fonds d’action Saint-Laurent is a nonprofit organization that provides financial support for projects that promote ecosystem and biodiversity conservation in the St. Lawrence River and the Gulf of St. Lawrence as well as the maintenance and development of certain uses. http://fondsdactionsaintlaurent.org/
FASL’s St. Lawrence maritime biodiversity program is funded by the Québec government through its Maritime Strategy. 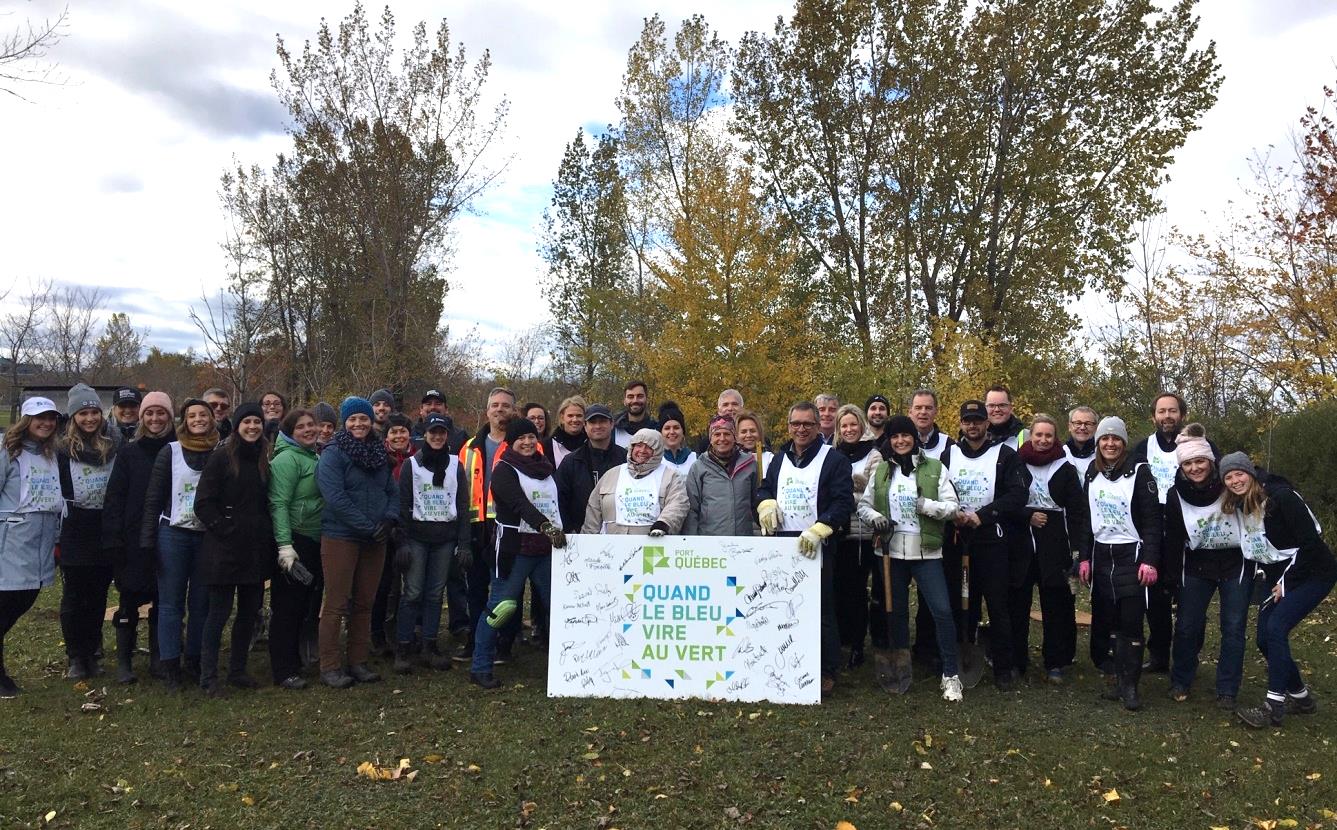