Québec City, Thursday, January 3, 2019 – The Québec Port Authority (QPA) is pleased to perpetuate one of the greatest traditions in the history of Québec City’s maritime and commercial industry by awarding the gold-headed cane to Captain Nikolaos Steiakakis of the vessel M/T CAP QUEBEC.

A brief ceremony will take place onboard today with representatives from QPA, Valero, the Corporation of Lower Saint Lawrence Pilots, and marine agency Oceanic Tankers Agency Ltd. Mario Girard, QPA president and CEO, will present the gold-headed cane to Captain Nikolaos Steiakakis, who is Greek. CAP QUEBEC is the 184th ship to receive the prestigious trophy in a Port of Québec tradition dating back to 1835.

The ship, which arrived at 6:54 a.m. yesterday, was the first ocean-going vessel from a foreign port to berth and unload cargo at the Port of Québec in the New Year. Flying the flag of Greece, this 277-metre-long tanker with gross tonnage of 82,099 tons docked at Section 87 of Valero’s facilities in Saint-Romuald on the South Shore. The vessel sailed from Galveston, Texas, to the Port of Québec to deliver crude oil to the Jean-Gaulin refinery. It is expected to depart for Texas at 8 p.m. tonight. Built in 2018, CAP QUEBEC is operated by Euronav NV, based in Antwerp, Belgium.

The St. Lawrence River is one of the most difficult rivers in the world to navigate, especially at this time of year when weather conditions can be extreme. Crews need to draw on multiple areas of expertise. The vessel was able to reach the Port of Québec and dock safely thanks to the extensive teamwork of numerous players in the maritime community who helped with logistics, piloting, navigation, towing, and berthing.
The Québec Port Authority is an autonomous federal agency constituted under the Canada Maritime Act. The ships that pass through the Port are central to a supply chain that transports approximately $20 billion of goods each year. The Port of Québec is a maritime hub that generates over 8,000 direct and indirect jobs in the Québec City region according to the latest KPMG/SECOR study. 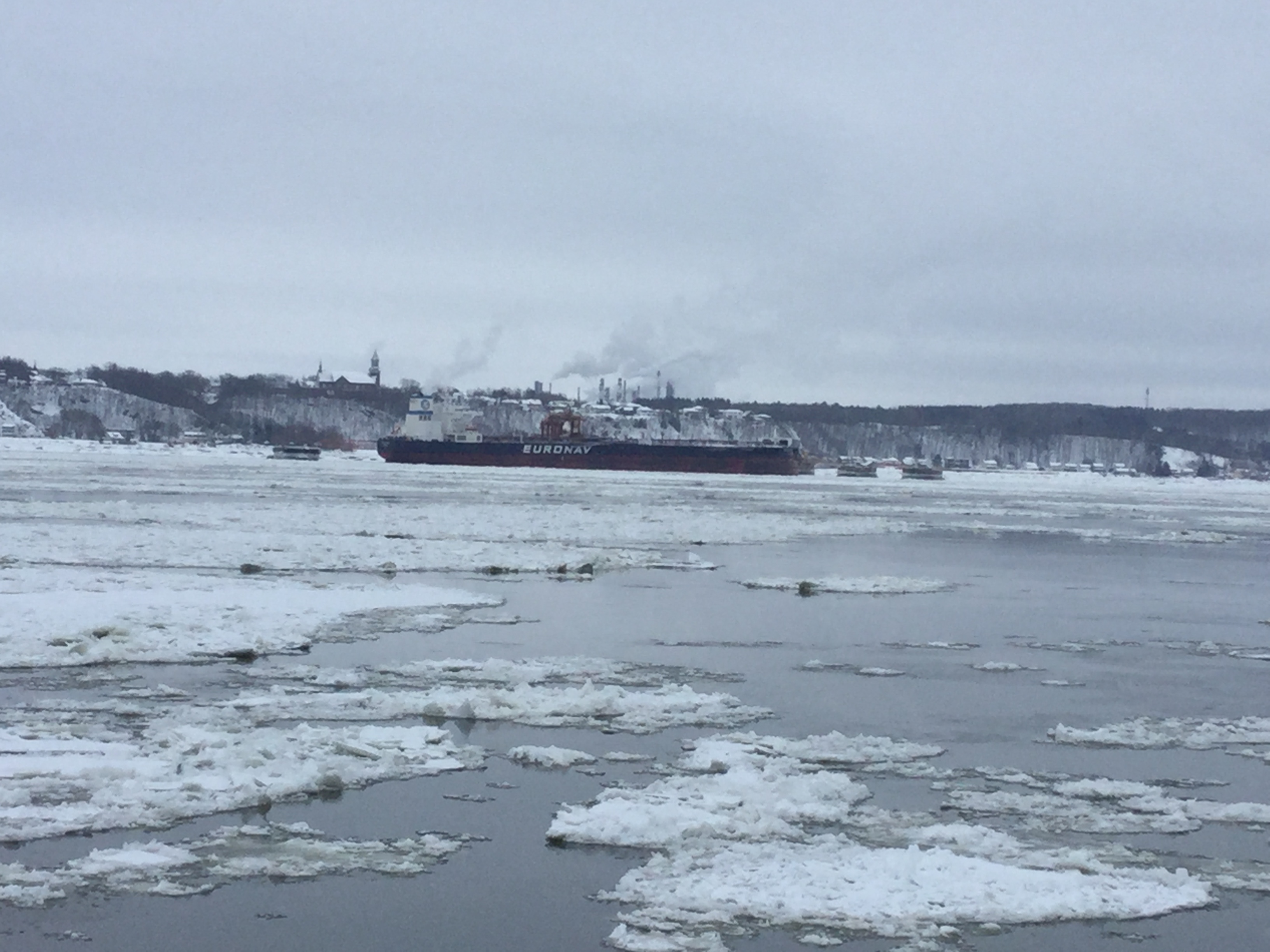