Québec City, May 23, 2019 - The Québec Port Authority (QPA) held its official groundbreaking ceremony today in the presence of the Honourable Jean Yves Duclos, Minister of Families, Children and Social Development and Member of Parliament for Québec, kicking off the first phase of a $30 million project to refurbish and upgrade Port facilities.

The event marks the beginning of a major project to upgrade certain Port facilities made possible thanks to $15.5 million in financial support from the Government of Canada’s National Trade Corridor Fund (NTCF) for the restoration of strategic infrastructure.

As the oldest port in Canada, the Port of Québec has facilities that were built nearly 100 years ago and are now in need of major refurbishment. In all, three sectors of the Port will be refurbished: Anse au Foulon, L’Estuaire, and Beauport. A number of wharfs will be repaired and have new protective structures added, the drawbridge will be restored, and existing road and rail infrastructure will be upgraded, among other improvements.

With these upgrades, which would have been impossible in the short term without the funding received from the NTCF, the Port is positioned to remain competitive and continue to play a key role in Canada’s economy. The Port of Québec’s economic impact is significant. According to the latest study by SECOR, the port moves some $25 billion in merchandise each year, generating over 8,000 direct and indirect jobs in the region. The upgrades are essential for efficient port operations at the various terminals.

“The improvements being made at the Port of Québec are a testament to the strength of our regional economy. As the Member of Parliament for Québec, I’m very excited about the growth this project is likely to generate, particularly in terms of job creation,” said the Honourable Jean‑Yves Duclos, Minister of Families, Children and Social Development and Member of Parliament for Québec.

“We’re thrilled to be kicking off the work to refurbish and upgrade our facilities here today,” added Mario Girard, President and CEO of the Québec Port Authority. “The $15.5 million from the Government of Canada is a major boost that has allowed us to get started on this ambitious program to refurbish our Port facilities at a total cost of over $30 million. It’s also a relief to know that we can assure our users of the safety and efficiency of our Port terminals.” 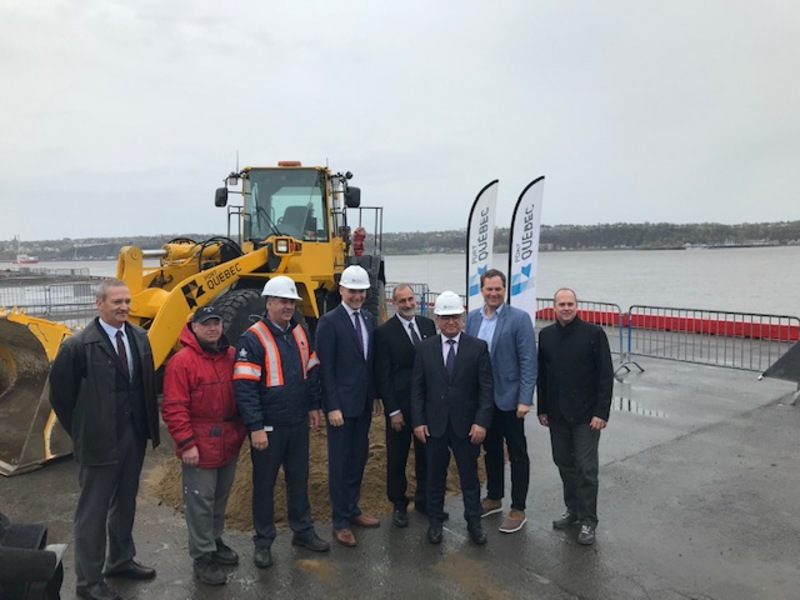